The big stage is set for the 2018 edition of the Indian Premier League and it’s going to be kick started on April 7 in Mumbai at the Wankhede Stadium.

Starts on April 7, 8 teams, 9 Venues, 51 days, 56 Matches and Ends on May 27. Good news no change in the IPL timing and also Unlike other IPL seasons all the double headers are on weekends and during week days one match per day.

Here’s the quick view of the schedule of 2018 IPL with dates and timings:

So what are you waiting now?? Start commenting below on this Blog about your expectations and which team will be your driving horse ? 😛

Captain Smith’s prime run with the bat continues again in India as he led RSP for a mammoth 7 wickets thrilling victory over the Mumbai Indians on the 2nd match of the 10th edition of IPL. and this bought some sparks for the PUNE fans.

Captain Steven Smith finished off the match with a mighty SIXES and the match was went down the wire for a first cliff hanger of the season. he Smashed 84 runs of 54 balls and remained till the end to taste the victory.

On the other side Mumbai Indians were posted a good total with the bat by the contributions of Joss Buttler in the top order, the young lad Nitish Rana studied the innings and its Hardik Pandya who guided to MI’ghty total of 184 with scoring 28 runs in the final over of the innings.

The main attraction in the bowling of RPS is the unsold player in the auction Imran Tahir who held back scoring rate of #MI by taking Joss Buttler and captain Rohith Sharma in just three balls.  but the brilliant last over from Hardik Pandya has sailed the score of #MI over to a 180+ in their quota of 20 overs.

RSP’s chasing hasn’t started well as they lost the early wicket of Agarwal, but the stand in Indian TEST Skipper Ajinkya Rahane has nailed the opposition with his sensible and aggressive innings and captain Steven Smith continued to score well and run between the wickets with MSDhoni has reduced the chasing pressure on his head. Though the match went on to the last over where RSP need 13 of last six balls but they scored only three runs of the first three balls and they need 10 runs of last three deliveries and its captain Steven Smith on strike and he never waited till the last ball as he managed to clear the fence in the next deliveries by hitting TWO consecutive sixes and sealed the  match and registered the first WIN for his side 🙂

This innings sets up the heat in the 10th edition of the IPL, So i’m waiting some more Cliff hangers will going to entertain the World cricket fans in the coming SAGA of Entertainment. 🙂

KP to Manoj Tiwary: Tell MS that I am better golfer than Dhoni..

Dhoni: You are still my first Test wicket. 😀 😀

Vintage Yuvi and the Perfect Cutting’s  show has scripted the Rising start for the  Sunrisers Hyderabad in the inauguration match of the 10th edition of the IPL.  The sun risers Hyderabad has outclassed in every department against the Kohli-less RCB in the opening encounter.

On beautiful batting wicket RCB welcomes SRH to bat and went on to hammering a huge amount of 207 runs for the loss of 4 wickets. Though RCB picked the last season’s highest run scorer for SRH David Warner but it’s the other man  who joins the party with his Vintage show by scoring blistering knock (62 off 27 balls). This innings is a boon for the Defending champions Sunrisers Hyderabad.

The target seems much more achievable for the team like RCB in a very Promising batting track but they failed to continue the initial start they got. Each batsmen failed to continue the good start they did. Chris Gayle (32), Mandeep Singh (24), Travis Head (30) and Kedar Jadhav (31), Especially the PERFECT direct hit from the deep from Ben cutting to get rid off Kedar Jadav has been the turn around for the match for the Sun risers.

with all perks and blahs this is seriously a good start for the both the teams has the #RCB played without their main guns Virat and ABD. and i am expecting a huge turnaround will be around the corner from RCB in their next encounter and it’s at their Home Den. So Cheer up RCB fans, our team will be Bounce harder to kiss the victory. 🙂 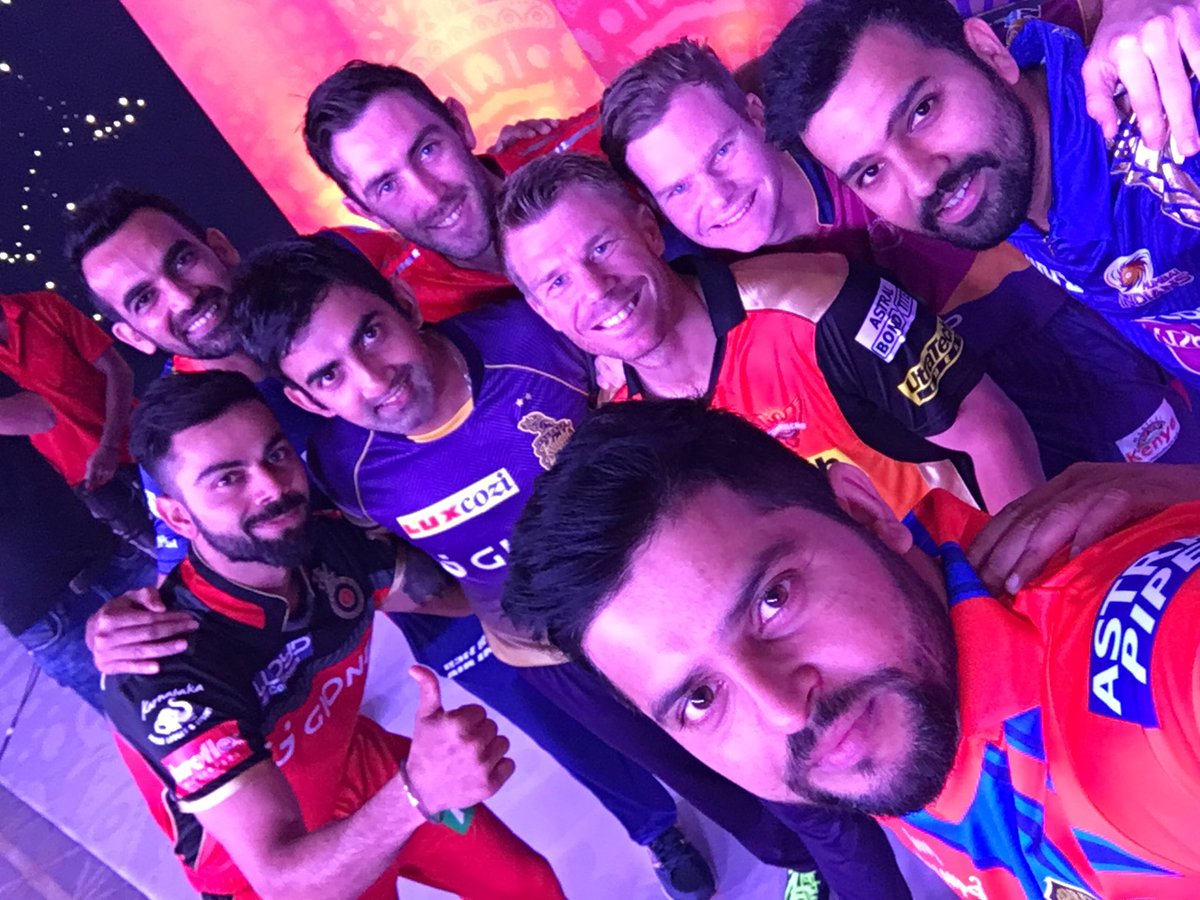 Yes, you heard it right. It’s the biggest league in the game of cricket which brings loads of twists, turns and ultimately ENTERTAINMENT to all its Crazy fans across the globe.

IPL is going to complete a decade this year with little bit of controversies but it has delivered not less than any entertainment with all its CLIFF Hanger and nail biting  finishes and the BIG guns across all the cricket playing nations were going to thrill the game with their super skills in all the departments. 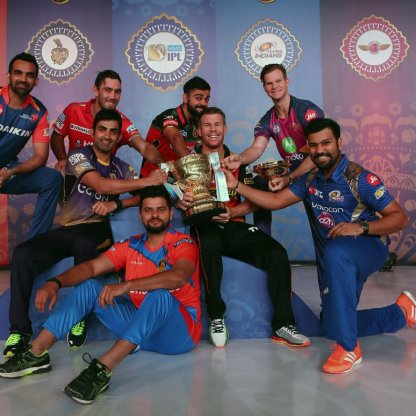 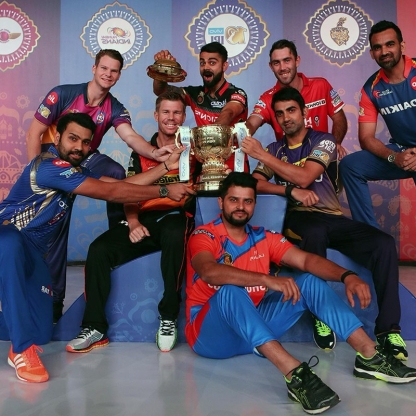 and despite of some critics and controversies the Indian Premier League has had a great impact, inspiring leagues around the world and magnetize the best international talent and wishing it will continue the SAGA again in the 10th edition too.

I’m waiting and cheering to Namma #RCB For Virat Kohli and ABD. And my Second team will be #DD for the unsung hero of Indian cricket Rahul Dravid. 🙂  Cheers all 😀

The crazy cricket party begins on every summer. Its gonna be extravaganza for the world cricket fans as IPL is  going to thrill them to the core with all their favorite players are going RISE for this occasion. Almost 80% of the people in India are going to watch cricket and most of them are going to live with cricket. The IPL gonna be icing on the cake for many of us just because of the thrilling finishes it has given. 🙂

And how about spreading a noble cause with this game? Kudos to RCB for bringing it into practice and make it happy, worthwhile and leaving an impact on the fans. Royal Challengers Bangalore has started playing at least a SINGLE game for the environment in their every season of the IPL. This small step towards the nature and environment can impact many fans across the world. And minimal contribution from them can lead to a 1% increase in the greenery and awareness can be forwarded to other games too.  This awareness could Leading us to thoughtful, healthier and better standards of living, it’s cool too! 😛

And remember the Biggest and the only stadium across the globe has taken this step that by RCB’s Home ground, Chinnaswamy Stadium is the world’s first solar-powered cricket stadium. This doesn’t only cut down the electricity expenditure but also makes it self-reliant and sufficient. What else we need for the fans to cheer up and follow the things implemented by the pioneers itself.

Do join in the Go Green movement, Embrace the nature by many more years and reduce the carbon contents. #GoGreenRCB #PlayBold.

There were the days when wicket Keeper is meant to be for wicket keeping or just a lower order batsman for Indian Cricket. But after the entry of you, you had been changed and engrossed the name of Wicket Keeper, Batsmen and the Captain too!
There were only few names at those periods where attacking cricket is meant to be for Adam Gilchrist, Dependable will be Kumar Sangakkara, finisher will be Michael Bevan and captain will be Ricky Ponting! But the entry of you, the long haired Dhoni has changed it. YES I am proud that you are from India! 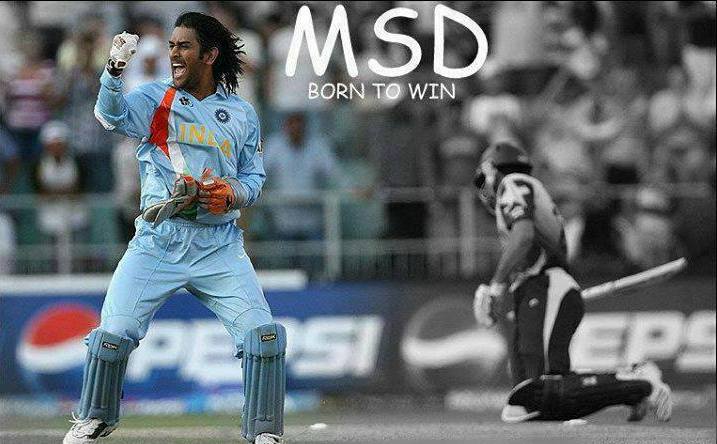 Once there was a time when people used to turn off the TV’s when Sachin got out but you had changed it and you made people to believe in winning in matches till the last ball!

There was a time when people going poignant when there’s need to 10+ runs in the last over but you made it possible to believe to even when the requirement is TWO digits in the last TWO balls!

There was a time when Wicket keeper batsman hardly get to batting but you had showed how to score awe-inspiring  match winning knocks like 148, 183* and many more!

There was times when cricketers are used for the shots in the book of cricket but you had invented the shots that has reached the heights of Helicopter and thump the speed of the bullet!

There was a time when the umpires need to refer it for the THIRD umpire but you made it easy even for the spectators that once you appeal for the Run out/stumps it has to be OUT by 100% margin!

There was a time when running between wickets is boring but with your crispy running between the wickets has put down all the athletes!
When the team requires a suitable Opener you promoted Rohit Sharma to open the innings and he went on to score many Double centuries! The way you cheered and back boned for the match winners like Yuvi, Virat Kohli. Ravi Ashwin, RavindraJadeja, Shikar Dhawan, Ajinkya Rahane, Suresh Raina is massive and will be cherished for their rest of the career!

There was a time when our country struggled to win a single ICC trophy but you managed to fill our country’s home with all the possible ICC trophies!

There was a time when it tough to chase when the other end batsmen are not supporting with the bat but you have chased the targets easily and give us a picture perfect finishes!

There was a time when team Indian players hard to be TOP-10 of ICC Rankings but you dominated the rankings for consecutive years like a master of that game!

there was a time only Australian lads who grabs the ICC awards but you made those awards to stay in your cage for many years!

There are players who just think of self’s but you being a humble captain helped in your state to build an International stadium with full class facilities and helped in finding new talents from your place.

But you never said BYE to aggressive cricket, Match winning knocks, those 50+ average innings, sky high Helicopter shots. Sparkling Stumping, under arm run outs, those bullet like running between the wickets, those pun intended answers to the media and many more!

We want to see you again as MAHI who changed the thoughts of every individual across the world!

Come On Mahi!
Wanna hear those words again “Mahi maar raha hai” and  the “Man of the match goes to Mahendra Singh Dhoni” ❤

I wish you all success to carry forward the Legacy of Team India to more heights in the upcoming years !

Bring it ON Champion 🙂 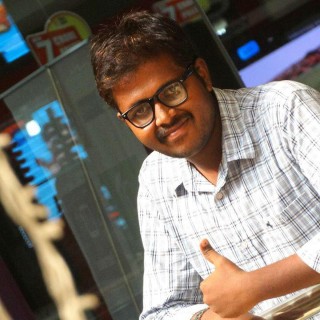 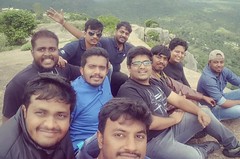 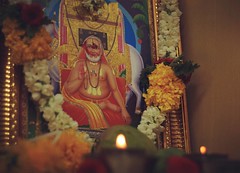 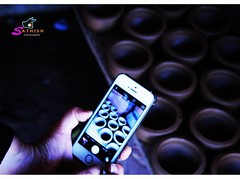 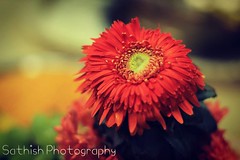 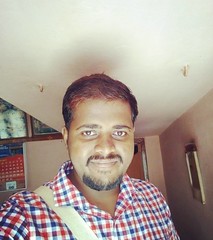 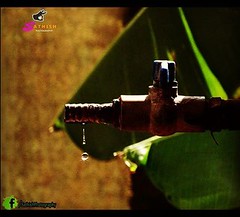 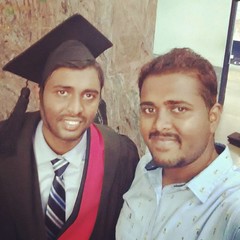 Ugly Indianツ
Create a free website or blog at WordPress.com.